The Commemoration of the Poson Full Moon Day

The Poson full moon day has a significant recognition among the Buddhists of Sri Lanka, where doctrines are concerned.
Several aspects of 2400 years old, existence of Buddhism in Sri Lanka, embarked by King and his Ministers.
On 27th of June 2009, celebrated Poson Bakthi gee at SETIK, with the participation of Children of various religions which attended by Buddhists and Christian priests, Religious sisters, Mowlawar and religious leaders and parents. 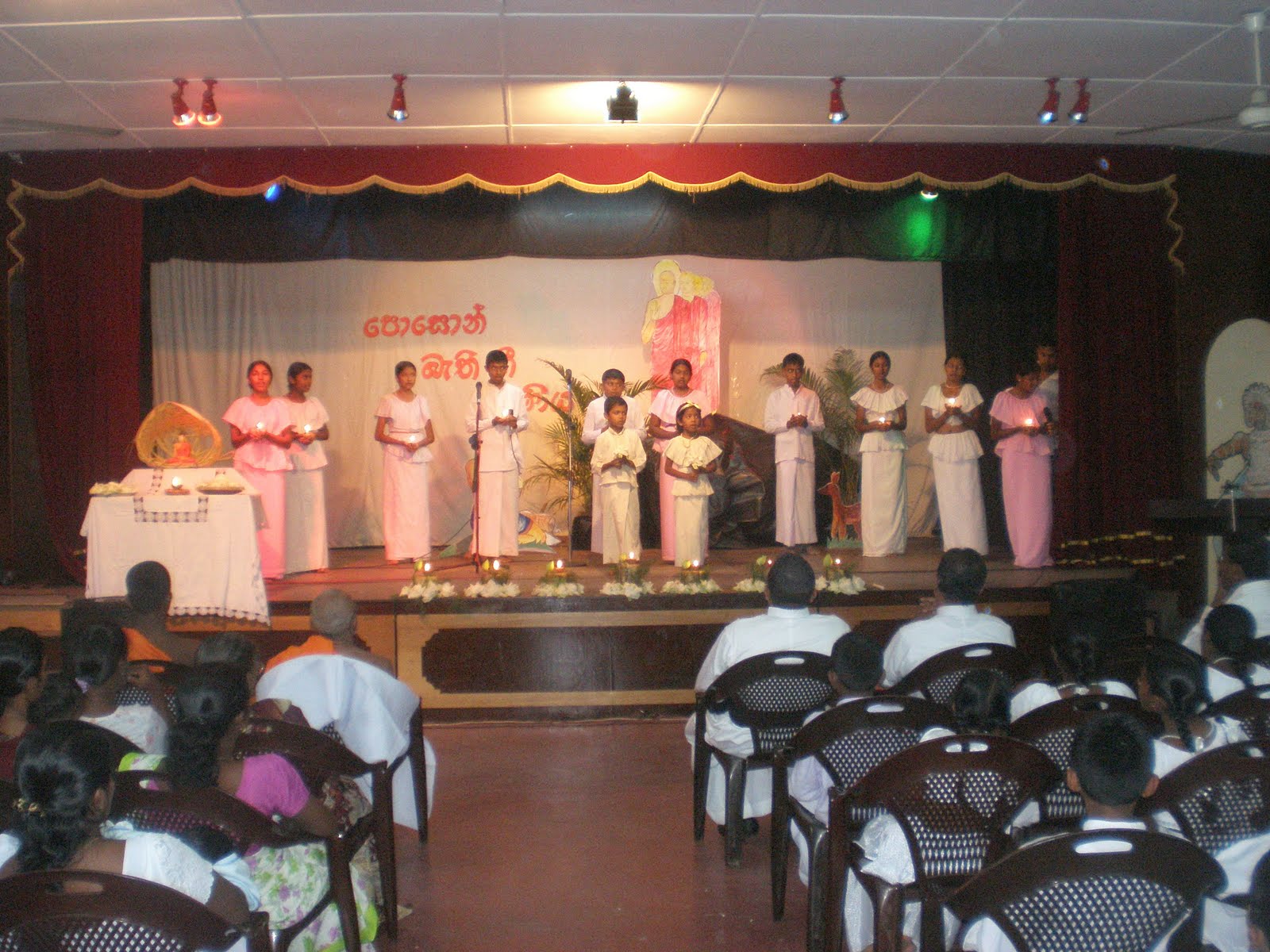 Conducted on 23rd August 2009 by ‘SETIK’ Youth unit at Hantana, with the participation of 184 youths respectively from Kandy, Matale and Nuwara Eliya.
Screening “Meth Sevana” short film to eradicate addiction of youth, in liquor and drugs and to build up a violence free society, in the central province had been the objective of this programme, and at its conclusion one year planning launched to form a prevention group, consisting of 29 altogether. 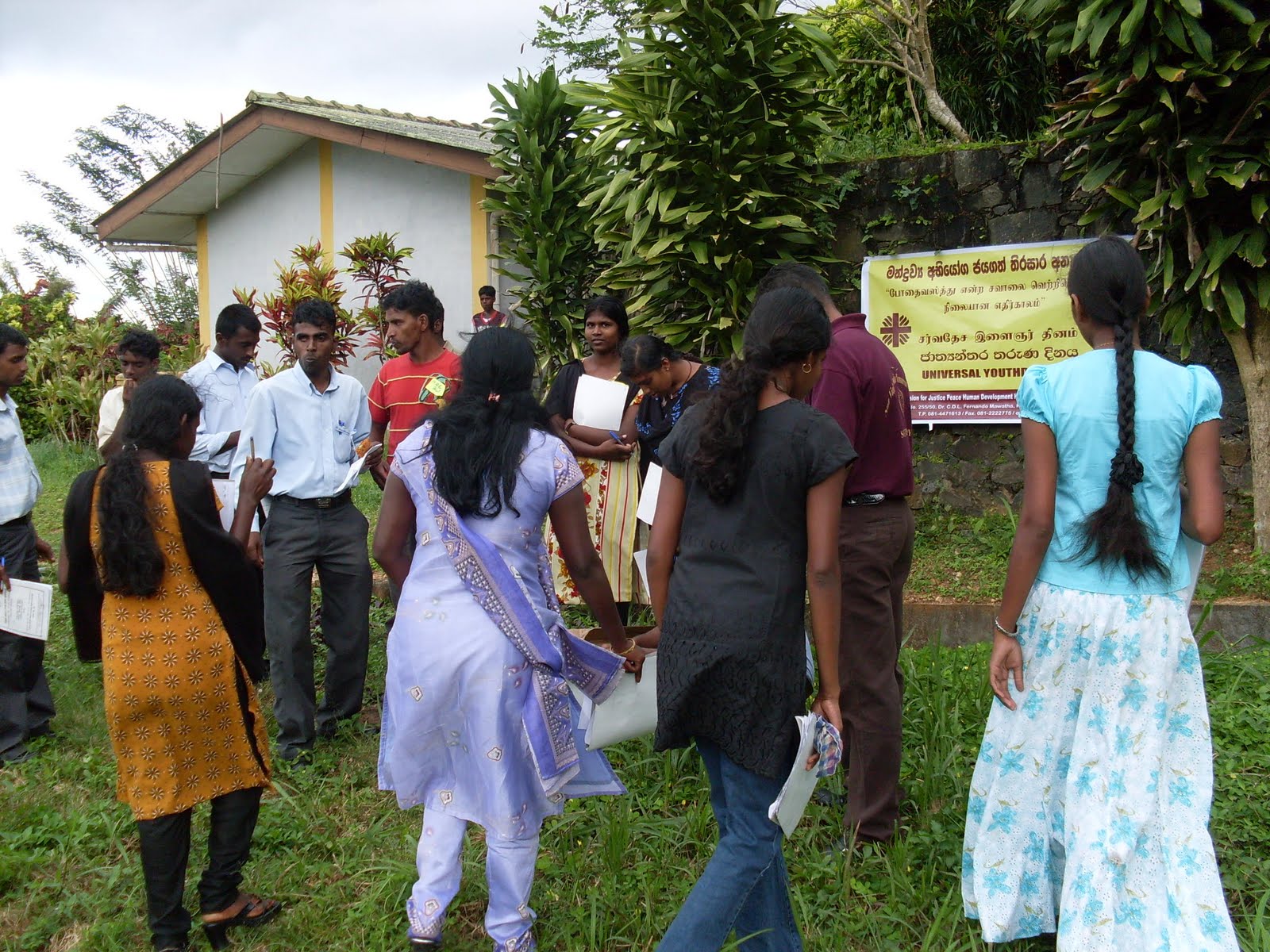 The exposure programme to migrant children of an age group of 8-15 years who were to participate Nuwara Eliya Deanery, Migrant’s Commission, on 26th September 2009, at the personality development programme, Gampola, Ambuluwawa, inter religious centre, Peradeniya botanical gardens followed by, personality development programme, at Pallekele as well.
The migrant’s children who attended Nuwara Eliya Deanery programme did not have any background, knowledge in environmental aspects, since birth.
Paying respect at Gampola, Ambuluwawa, inter religious centre, gathered knowledge similarly visiting Peradeniya botanical gardens, and gathered knowledge about plants and to try them out in their home gardens, by sharing their feelings about the plantation and village level, peaceful environment prevailed at the Pallekele camp fire, held. 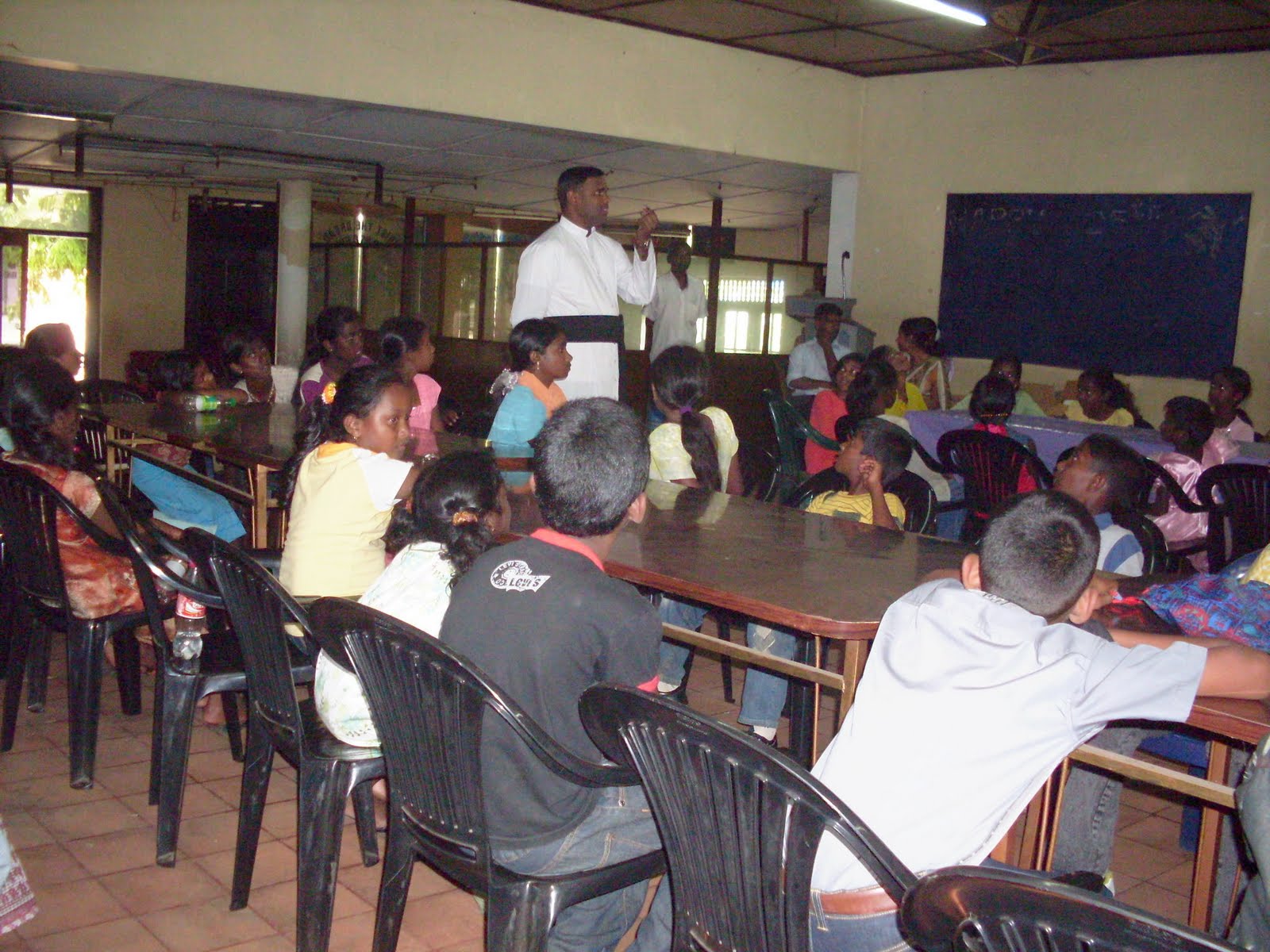 Participating 230 workers on current issues on a seminar, based on basic problems experienced by workers, at Hatton, Shakthi Hall.
* Theme had been the plantation sector wages problems and collective agreement implications.
* The three activities at field level to development programme are as follows.
1. Opening of Libraries
2. Shramadana Campaigns
3. Literary classes and
4. organization of community based issues
A memorandum with 250 workers signatures caused to be submitted had been prepared to be addressed to the Ministers and Parliament respectively. 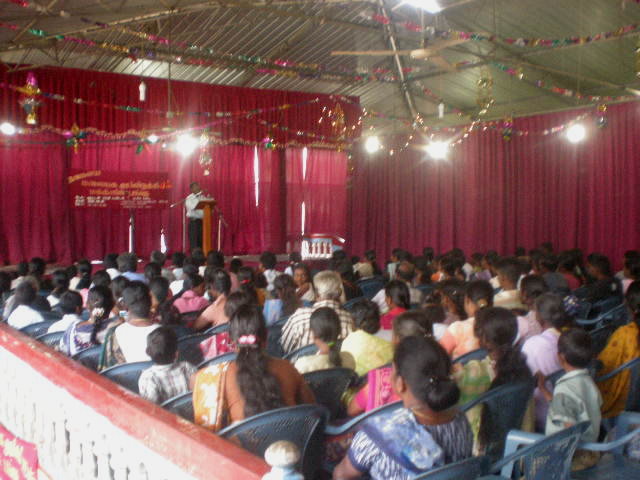 This year programme focussed on the following;
1. Social Impact of the Children – With the disposal of banners and placards representing procession of Ethnic groups, commenced from Kandy, Hindu Kovil.
2. Knowledge – Placards with the depiction of the following proceeded.
* Child Protection Policy
* Value of Education
* Value of Children to the Nation
* Opinions and advises to the children
* Beauty of Childhood
3. Relaxation – By provision of resourceful contribution from popular comedy actor, Anton Jude, conducted a musical programme to mark the occasion. 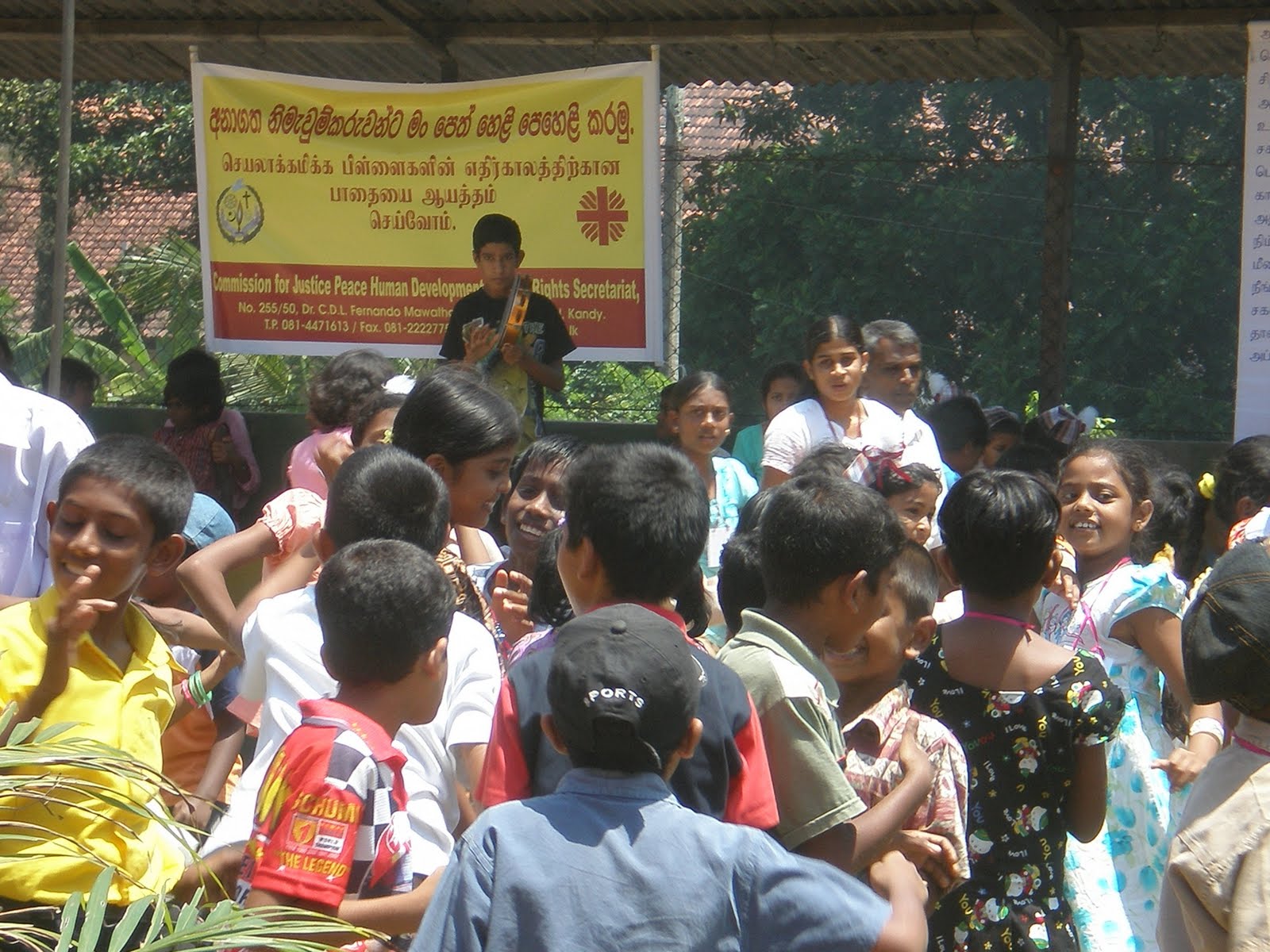 Commission for Justice Peace Human Development Human Rights Secretariat, which known as “SETIK”, commemorated the day targeting rural and plantation sector in the Central Province, on 10th December 2009 at Kandy, Postal Complex Auditorium.
Object of this programme sponsored by CAFOD was to draw state attention on human rights issues of villages and plantation sectors.
540 participants were attended. Mr. Saibudeen and Mrs. Sobana Rajendran, of Peradeniya University were the Resource persons of this programme. Besides, other religious dictionaries too participated along with respective other state connected officers.Kandurara City FM, radio channel live telecast of this programme taken place to our credit. 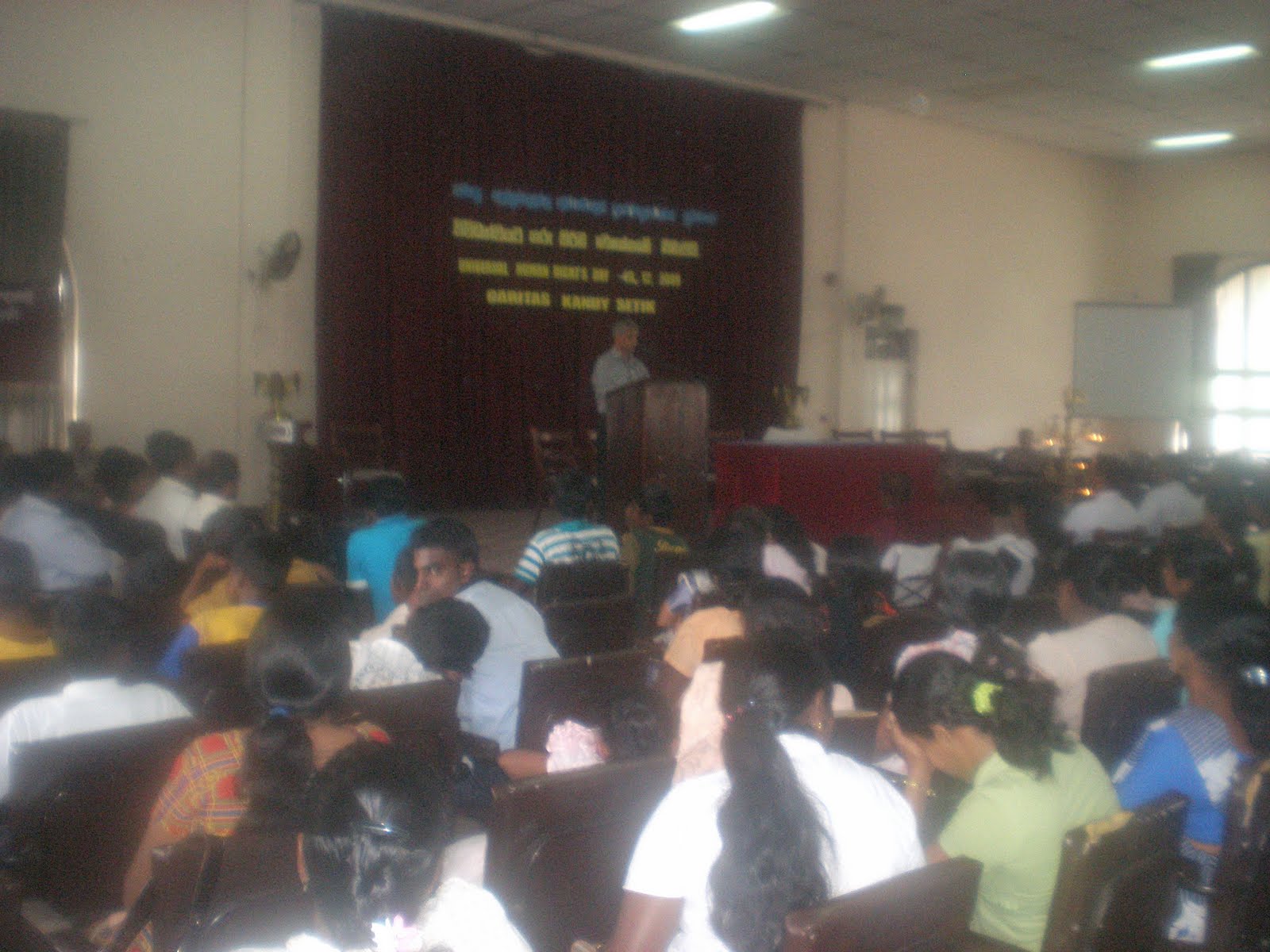