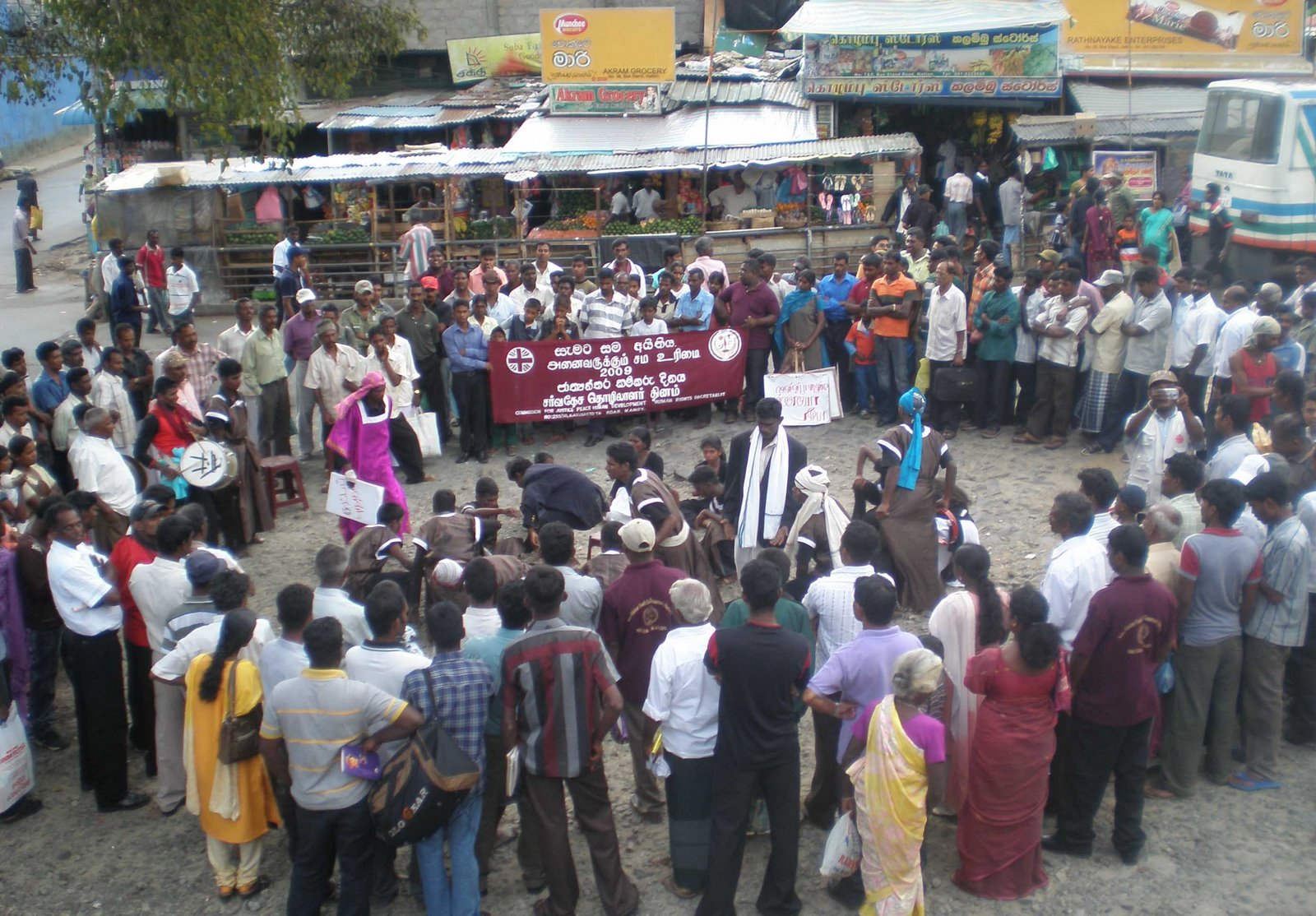 International May Day celebration was organized by Setik, Kandy at Nuwara Eliya District on 1st May 2009. It is very important to note that this time, the methodology that we used to highlight the labour rights was a street drama. Advocacy and lobby is not easy within the present context. But we understood that we should use a different method to educate civil society and to make their voice for their rights.

The street drama was played, in several public places in Nuwara Eliya district. There were good crowd in Nuwara Eliya, Nanu Oya, Talawakelle and Hatton. The main message which was given to the people was the discrimination of their authorities and politicians who represent them and how they can over come by themselves.

In this occasion leaflets were distributed among the people and banners were exhibited in major towns of the Central Province to convey the message to the society.

The food back which we received form the audience on the spot was very important and they said this is a very practical way to express burning issues in this present context. Plantation workers expressed their ideas saying that this was an opportunity for them to understand matters pertaining to their labour hood.