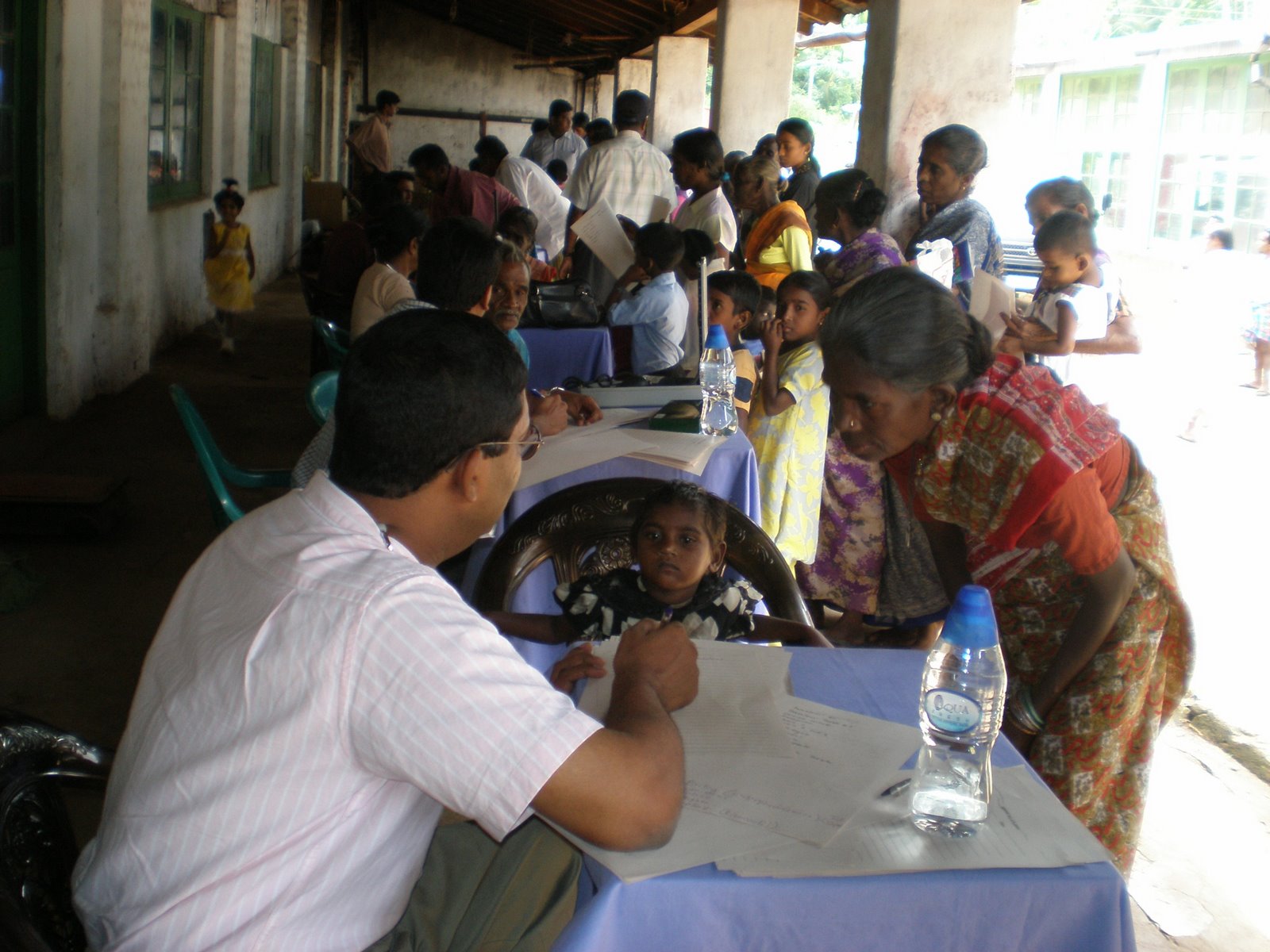 On the 26th August 2007 the SETIk Mobile Medical Team carried out a mobile medical clinic at Bolagalawatte Estate which is nearly 20 Km away from Kandy city. This is one of the most neglected and undeveloped estates in the Central Province. During the British rule these people were brought from South India and today it is the fourth generation which lives here. Thus these people have a history of 180 years. After the privatization of the tea Plantations this estate was totally neglected and the people are living in utter poverty and in poor conditions. For the entire 80 families they have only 3 toilets and the houses are in a state of collapsing. During the rainy season there is not much of a difference between the outside and inside of the houses.

Due to these unhealthy situations the elders and the children are suffering from various diseases. Even though this estate is not very far from Kandy due to their poverty they are unable to come to the city to get medicine. After a careful study and survey our medical team (10 doctors and nearly 20 volunteers) conducted a medical camp in this estate. This medical camp provided treatment to almost 300 people. We remember with gratitude Fr. Giuseppe Jasso and his team for providing us with an ambulance which is really useful to help many people in the rural areas of our Diocese.