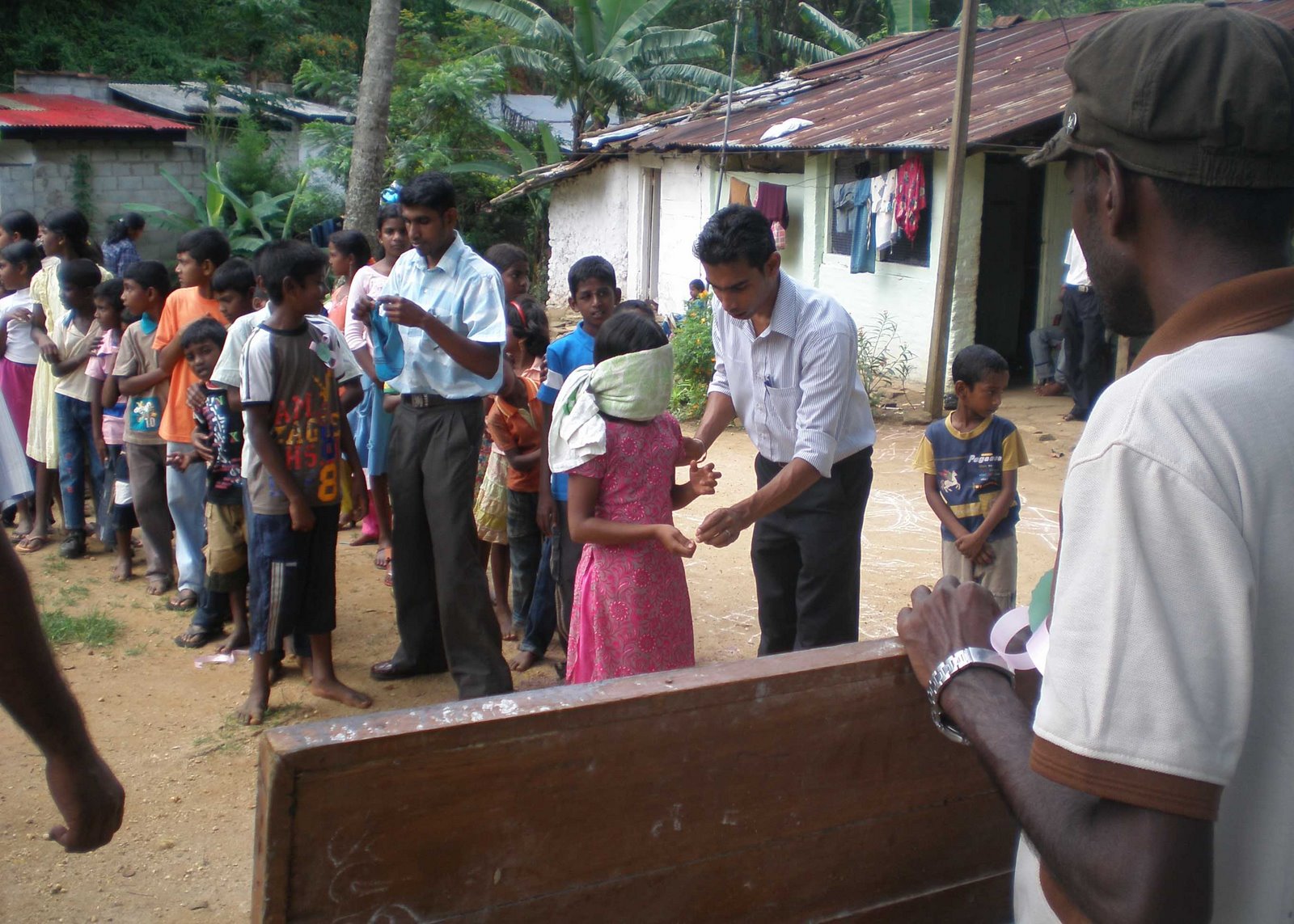 Sri Lankans celebrates Sinhala and Hindu New Year in the month of April in each year as one of their traditional celebrations. Peace unit of Setik also organize New Year celebrations in each year in different fields in the Central Province. This year Setik organized this celebration in the Estate of Mowbrey in the district of Kandy and it was held on 18th April 2009.

The theme of the programme was “Equal Rights for each and everybody”. The main objective of this programme was to build up a better relationship among the Sinhalees and the Tamils. The programme commenced after hoisting of the national flag. The flags of Buddhist and Hindu were hoisted by the religious leaders. There were about 500 participants of Sinhalees, Tamils and Muslims.

We organized several traditional games for the participants. At this occasion children, youths and elders including males and females actively and happily participated at the games. While the programme was going on, a group of children presented some Hindu traditional cultural events and it made the programme more beautiful.

Rev. Fr. Camillus D. Jansz – the Director of Setik was the chief gust for the programme and he presented the gifts for winners of the games. We realized that all the participants involved at this programme with a great team spirit. Once of the main result that we achieved by celebrating this event was togetherness and respect each other by partaking these games.