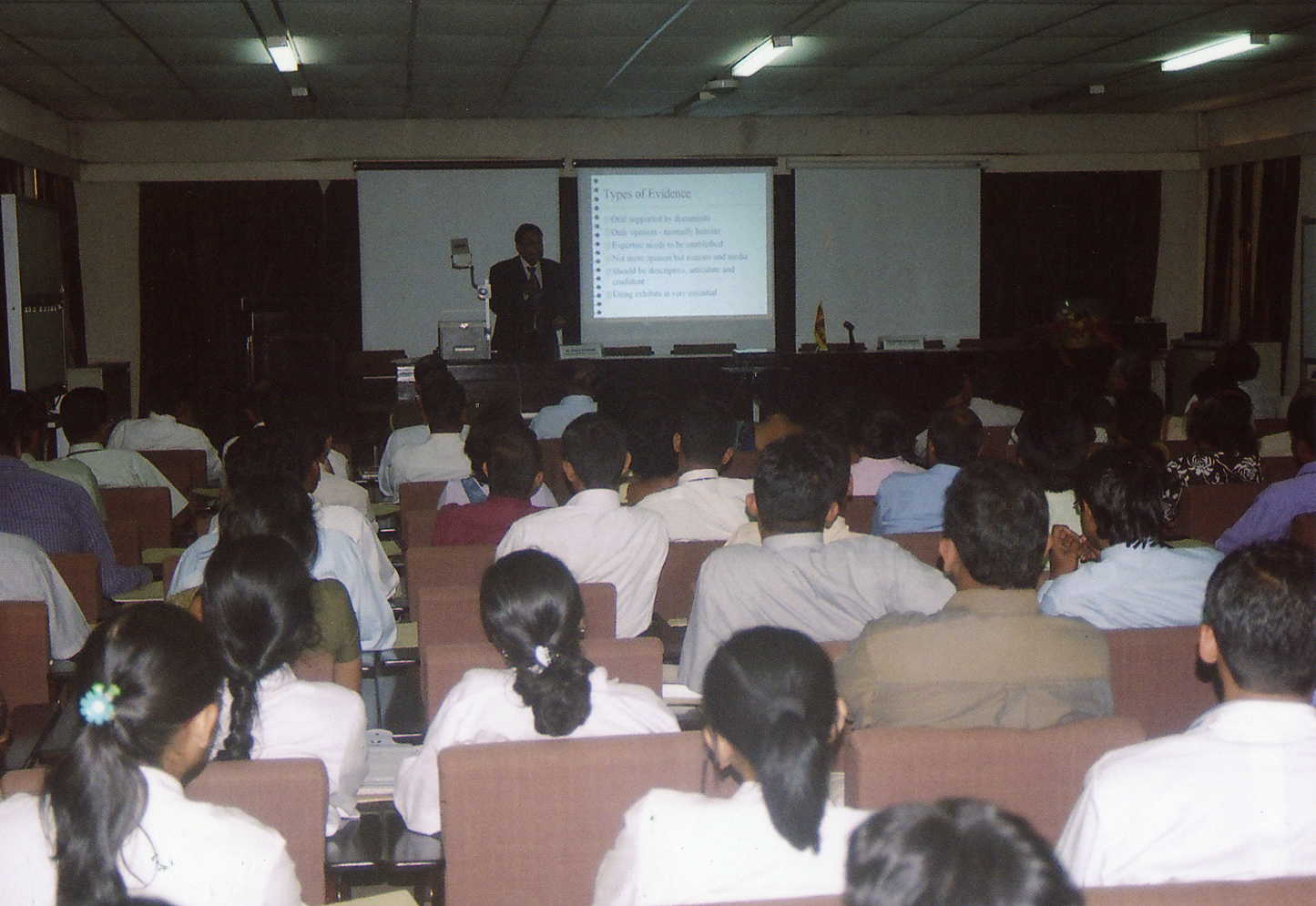 Setik organization conducted a study programme on “Preparing medico-legal documents and appearing in courts” for the doctors of the General Hospital Kandy and Peradeniya teaching hospital at the teaching hospital auditorium on 31st October 2007. The resource person was Mr. Sarath Jayamanna, Deputy Solicitor General. Nearly 120 doctors and 30 consultants took part in this progamme which went on for almost three hours.

After the input by the resource person there was a panel discussion and lot of questions were raised by the participants. The questions were based on medical negligence, preparing legal documents, etc. The programme was very much appreciated by the participants and the resource person Mr. Sarath Jayamanna thanked Setik organization for the initiative taken to arrange such a seminar which is very much relevant for today’s context.