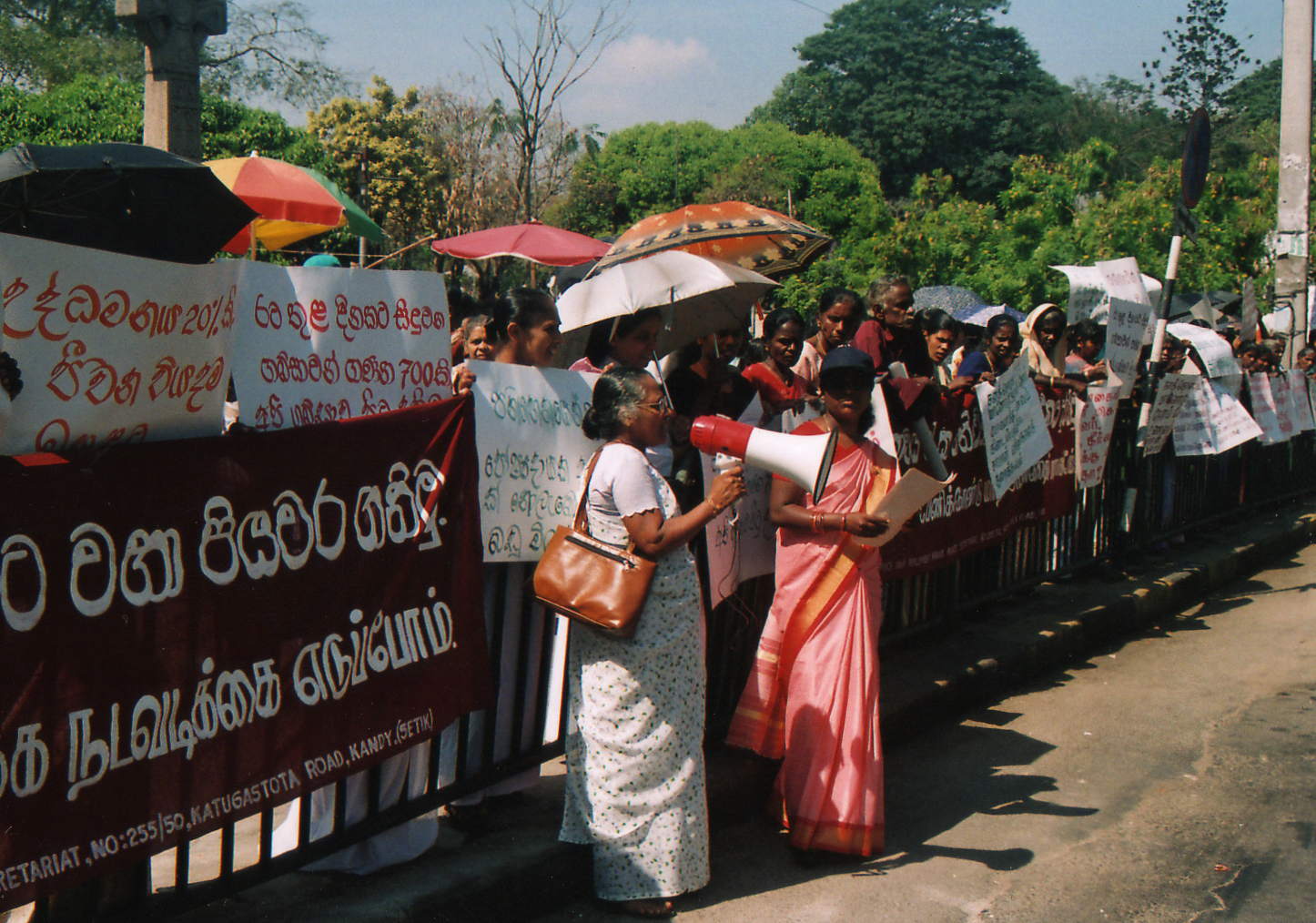 97th Universal Women’s Day was celebrated in Kandy on the 8th March 2007. The celebration was organized by Setik organization in two stages. In the morning a group of women had a peaceful protest campaign against the violation of women, on disappearances, domestic violence, the issues of migration and the safety of migrants, the struggles in the kitchen, and the plight of the plantation women. The demonstration was held in front of the George. E. De Silva Park for nearly one hour. After the demonstration the group gathered at the Setik auditorium.

The 2nd stages of the programmes started with the lighting of the traditional oil lamp and welcome address by the Director of Setik Rev. Fr. George Sigamoney at the Setik auditorium. There was a panel of guest speakers to lead the dialogue session under the three major issues faced by the women in our society.

Themes:
- Women’s Rights, Domestic violence and Abusements
- The Rights of the Plantation Sector women
- Rights of the migrating women

After the discussion of about two hours with many questions raised by the participants they were divided into three groups. Mrs. Surangika Ranaweera (Att-at-law) lead the group interested on domestic violence and the rights of women. The second group on the issues of the plantation women was lead by Mrs. Yashodara Kadiragamarthambi and Mrs. Shobana Rajendram. The other group related to migrant workers issues was lead by Mr. Ashoka Polgasdeniya, a Senior executive of the Sri Lankan Foreign Employment Bureau. At these group discussions the participants gained more enlightenment on their rights and how to find better solutions for their problems.

At the end of the group discussions a summary report was read and a decision taken to hand over that document to the media, and to the Sri Lankan Ministry of Women’s affairs.